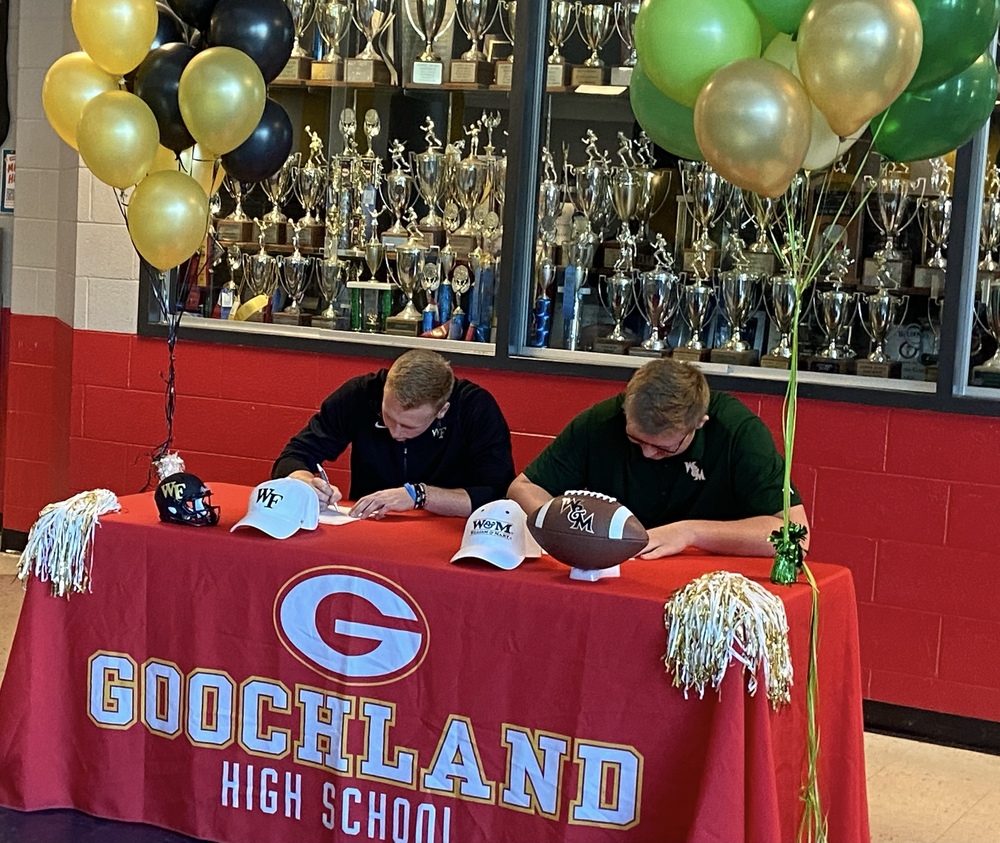 To play a sport at a Division I college or university is the dream of many high school students, and two Goochland High School football players will have their chance to live out that dream in the fall.

Tyler Black, a kicker and punter for GHS, signed his National Letter of Intent to play for Wake Forest University, and Hayden Raley, an offensive lineman at GHS, signed to play for William & Mary. Both students had impressive football careers at Goochland High. “Tyler and Hayden are two great examples of the time, dedication, and commitment it takes to earn the honor of being offered a scholarship to play football,” GHS Football Coach Alex Fruth said.

Raley is a four-year letter-winner and two-time team captain. He earned all-region and all-metro football honors and lettered in basketball. Raley is a Fellowship of Christian Athletes council member and is a member of the National Honor Society and Varsity Letterman’s Club. He also has been an Honor Roll student all four years of high school.

“These young men have not only excelled on the field but have done outstanding jobs in the classroom,” Fruth said. “We, as a football staff, wish Tyler and Hayden continued success and can't wait to see them compete for their new schools.”